How to Help Someone with Anorexia
Read More » 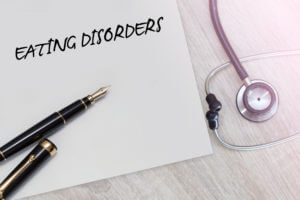 Chin up. Head up. Plug away and move through the moment. This too shall pass.

At Breathe Life Healing Centers, we understand the LGBTQI community and the unique needs and challenges of treating this demographic. Breathe Life is lesbian and gay owned and operated, and many of our staff and therapists are part of the LGBTQI community. We honor all and welcome those seeking help at our safe and stable life healing program. The goal of our LGBTQ treatment center in Los Angeles is to simply provide the very best trauma-informed treatment to anyone who is looking to get better. The LGBTQI community is one of the most prominent groups in today’s society. While there is still a tremendous amount of work to be done, this community and its supporters have broken down barriers and shattered stigmas surrounding about being gay, lesbian, bi-sexual, transgender, queer, or intersex.

But despite the many successes that this group of individuals has celebrated, there are still millions of people who do not understand or accept the LGBTQI community for who they are. As a result, several LGBTQI individuals struggle with severe, sometimes life-threatening, physical and psychological consequences that differ from those of others.

It is reported that upwards of 9 million people living in the United States identify as LGBTQI, however being that there still exists a negative stigma associated with these kinds of sexual orientations, it is believed that this number does not truly represent the full scale of members of this community, as many individuals are not out of the closet.

Members of the LGBTQI community have been historically more likely to experience substance use disorders and mental illnesses than those who are heterosexual. According to the 2015 National Survey on Drug Use and Health (NSDUH), LGBTQI individuals are twice as likely to abuse addictive substances than the heterosexual population, as well as more likely to experience co-occurring disorders. Predominately, however, is the abuse of methamphetamine amongst this community.

Rates of meth abuse are astonishingly high, which leads to an increase of rates of blood-borne diseases like HIV amongst LGBTQI. Men in this community are more likely to experience mental illnesses like depression and anxiety than women are and are 2-3 times more likely than non-LGBTQI individuals to experience suicidal ideations, behaviors, and attempts. There are a tremendous amount of resources available for the LGBTQI community in regards to treatment for substance use disorders, mental health disorders, or a combination of both. The most commonly utilized therapies used in Breathe’s LGBTQI treatment center in Los Angeles include the following:

A common issue within the LGBTQI community is feeling ambivalent to make change within themselves. Some individuals who reach out for help have often been exposed to years of bullying or mistreatment, while others might have experienced discrimination in the workplace or even just walking down the street.

Motivational interviewing is a type of therapy designed to help jump-start one’s inner motivation to change. A therapist will work with a client to help encourage action so that change that will support his or her recovery can be made.

As with anyone who experiences challenges in their lives, those who are a part of the LGBTQI community struggle with specific issues that impact their overall happiness. The application of cognitive behavioral therapy, or CBT, can help individuals identify emotions, thoughts, and behaviors that are dysfunctional and challenge them in ways that help them to stop their negative reactions and behaviors.

Essentially, CBT can be effective in helping an individual change his or her behavioral patterns to support good health in all areas of his or her life.

Contingency management has proven to be one of the most effective forms of treatment for the LGBTQI community when it comes to substance use disorders and mental illnesses. Contingency management is a type of therapy that asks individuals to set specific treatment goals for themselves. When they accomplish those goals, they will receive some form of reward. As they continue to reach their goals, they will continue to be rewarded, which can help them stay the course.

Our Focus of LGBTQI Treatment in Los Angeles

The LGBTQI community also experiences exceptionally large rates of eating disorders, such as anorexia, bulimia, and binge-eating disorders, primarily because they are attempting to fit a specific image or manage their emotions through food. LGBTQI treatment in Los Angeles will include the following resources as ways to approach these issues:

The team at Breathe’s Los Angeles LGBTQI treatment center is professionally trained and experienced in their fields, all while being understanding and sensitive to the issues that many in this community face, such as peer pressure, shaming, bullying, social injustice, and more.

Many of those who are employed at LGBTQI treatment in Los Angeles are also members of this community, making it a highly compassionate environment.

There is no doubt that people from all backgrounds face challenges on a regular basis. However, some groups of people experience it more than others, including the LGBTQI community. Breathe’s LGBTQI treatment center in Los Angeles can help you or a loved one that is struggling with issues such as substance use disorders, eating disorders, and mental health disorders.

Breathe is a safe place for all people to recover. Our tailored treatment plans are built around each individual and their recovery needs, regardless of sexual or gender identity.

We understand how impactful the outside world can be, which is why LGBTQI treatment in Los Angeles works to help each client develop a strong sense of self all while healing from wounds and scars.

You do not need to continue on a downward spiral of poor overall health because of your experiences. You have the power to stop the negativity in your life and begin building a happier, brighter future for yourself.

Do not wait any longer. Contact our LGBTQI treatment in Los Angeles to get the help you deserve.