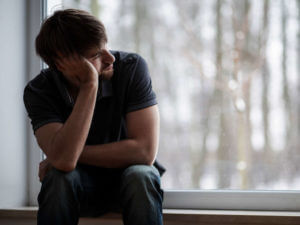 When we get hurt, or wounded, we seek out fixes to feel better. Traumatizing events in life create pain which is easily treated through alcohol and drugs. While not sustainable for most, each soothes in ways powerful and immediate.

How then do we heal the parts of us, hurt in the journey? Through strong, affirming trauma-informed community and clinical care is our thinking.

Different groups or “tribes” find fixes in different spots, many unique different from the next one. The LGBTQI+ community is broad and bold in ways not considered possible to our elders today. The gay men who survived the AIDS epidemic, and the army of lesbian friends and support who helped activate a dedicated community response in the 1980s and 1990s, remain as community across the nation. This tribe has changed, grown, strived and survived in ways unimagined a generation ago.

We have come so far, and yet, the suffering in the gay community remains enormous in places. ChemSex drives the meth addiction cycle. Loneliness and social influences fuel alcohol and prescription use and abuse. Breathe’s founders are gay (Brad Lamm) and lesbian (Deb Hughes) and as dedicated leaders and caregivers for decades, the consideration given gay clients is significant. Breathe is not just LGBTQI+ informed, it is in our DNA. So from this place we spring into action, to help and inspire, to equip and heal.

As with so much in the information age, knowledge and experience around human sexuality and gender identity has grown immensely and so has the knowledge of substance abuse and treatment for those suffering. From samhsa.gov “Research suggests that sexual minorities (e.g., people who identify as lesbian, gay, or bisexual) are at greater risk for substance use and mental health issues compared with the sexual majority population that identifies as being heterosexual.”

The struggles gay folks face daily can contribute to high levels of stress, anxiety and more often substance abuse as a coping strategy and in turn having addiction problems. These particular groups have higher discrimination rates and can have struggles in the workplace, in relationships and in school. According to SAHMSA 20 to 30 percent of people in the LGBTQI+ population are affected by substance abuse disorders with only 8.4 percent of the total population being affected. People in these groups are often going into unwelcoming environments and feel like minorities. We suffer in greater numbers, as a percentage of our tribe, than others.

The constant stress and struggles for gay men can cause many of them to resort to substance abuse as a means to cope with hardships they are facing. The reason that most people do this is for stress relief, social relaxation and forgetting about their diagnosis.

Some of the most common substances abused in these communities include:

Struggles in the LGBT Community

Although our society is moving in a direction towards accepting the LGBT community there remain many struggles, and obstacles frankly, that people in these group face all the time. Sometimes the biggest hurtle is accepting themselves and understanding that they are a person just like everyone else. Society remains, in so many distinct and dividing ways, not always committed to supporting safety and stability in the community.

Homophobia and LGBT Addiction in a Heteronormative World

Homophobia, and Heterosexism are forms of bigotry where individuals deny, ignore and stigmatize non-heterosexual behavior and people. When LGBT people are exposed to this, they will experience shame and negative self-contempt. In order to cope, they resort to self-soothing in ways less than ideal, including through using substances. Although there have been advances in the acceptance of LGBTQI+ communities there is a still long way to go. There remains many everday situations where queer people experience prejudice including:

People who are in same-sex relationships find it harder to obtain health insurance through their employer due to discrimination. According to a SAMHSA report, nearly half of LGBTQ+ people who were surveyed stated that they have difficulties seeking health coverage and of those 75 percent were discriminated against during the process.

Because of this, gay men may be more reluctant and hesitant to seek treatment for substance abuse than other people due to the fear of being rejected or discriminated against. They may also be concerned that confidential health information will be disclosed during the process of getting treatment.

Other health issues can arise in gay people other than substance or mental abuse. People in these groups also can suffer from:

Treatment for these other health issues can be difficult and resort in their health worsening and a feeling of shame and guilt. It’s a vicious cycle that will only get better if we start to educate ourselves and become accepting of people of any sexual orientation.

Obstacles and Challenges Getting Treatment

Many people in gay community have negative impressions regarding the healthcare field and getting treatment. Sometimes, healthcare professionals believe that the reason why they face problems is because of their sexual orientation instead of because of the prejudice they face in their lives. People in the gay community who are in therapy described their feelings as:

During the treatment process gay folks often face homophobia and prejudiced comments making it very difficult for them to seek treatment. Often times, treatment centers do not have proper staff nor training to queer clients in appropriate and best practice ways.

During couple or group therapies gay people may face additional challenges because people are homophobic and will overtly or covertly make comments that divide and reject. Oftentimes therapists lack the proper programs designed to help those in these groups. Even given these circumstances, there is often denial of a person’s own personal identity which can make therapy difficult.

How to Prevent Addiction

There are many ways to prevent addiction when the proper steps are taken to help those who are truly suffering. If we had a time machine to use, we would go return to the past and protect LGBT kids from adverse childhood experiences that scar and traumatize. While that is not possible clearly, attending to gay clients through a trauma-lens is imperative.

There is no simple solution but there are active ways to educate the community and allow people to seek the proper help before it’s too late or it goes too far. Some examples of ways to lower the probability of addiction include:

Although there is not one tell all solution to the problems that gay men face during addiction, there are programs out there to help. Seeking the right care and finding people who are educated, aware and supportive is the key to a successful recovery.

Body Dysmorphic Disorder or BDD is a where a person constantly thinks and obsesses about their body appearance or flaws and focuses on things that people would not normally notice. Sometimes it causes the person too much embarrassment or stress … Read More